Home Harrisons News American vs European Confectionery: What Should You Stock? 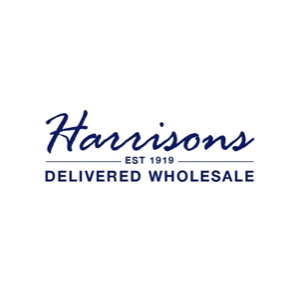 American vs European Confectionery: What Should You Stock?

Were you even a child if you didn’t enjoy munching on sweets until your stomach churned, your tongue burned and your teeth felt like they were going to melt?

Long car journeys with several big bags of Haribo, waltzing to the shop feeling like you’d won the lottery after your parents gave you enough for a 50p mix – sweets were a genuine currency when you were young.

While we’ve all grown up and know that we have to eat sensibly, everyone loves munching a bag of sweets.

It turns out the world loves sweets as well, with the global confectionery market set to reach £53.4 billion by 2026.

But Which Sweets Are Our Favourite?

We have some fantastic sweets such as classics like Kola Cubes and more recent staples like Swizzels’ Rainbow Drops.

However, there has been an influx of American sweets into the UK market like NERDS and Mike and Ike, which you’ll usually find in dedicated confectionery shops. Here are some of our favourite European and American sweets.

What is it?: Baby Ruth is a chocolate bar containing peanuts, caramel, milk chocolate flavoured nougat and compound chocolate.

History: there’s always been a little confusion over who the bar is named after as it shares similarities with the famous baseball player Babe Ruth, who’s popularity rose in the 1920s.

However, the Curtiss Candy Company (former owners) declared the bar was named after the former American President’s daughter Ruth Cleveland – who was affectionately nicknamed ‘Baby Ruth’.

1000s of Baby Ruth bars were plane-dropped over various US cities in the 1920s, and marketing tactics have included a $100,000 product placement in The Goonies and the famous Baby Ruth sign erected behind the Chicago Cubs’ stadium where Babe Ruth played baseball.

Taster’s Verdict: the wrapper doesn’t look like a traditional British chocolate bar, although it resembles the Crunch bar more than anything else. The Baby Ruth has a salty and sweet taste, with larger nuts than its natural competitor the Snickers bar. Also, it’s more natural tasting than the Snickers and less sweet. A great product to stock as an alternative to the classic Snickers.

What is it?: small, crunchy, irregular shaped pieces of flavoured candy which are mainly made up of sugar.

History: Nerds were introduced by the American candy company Ferrara in 1983 and by 1985 they were candy of the year. Nerds gained a strong presence due to their connection to the Wonka Company, which is now discontinued.

Some say Nerds were named after a Dr. Seuss book called ‘If I ran the Zoo’. The Nerds were some of the creatures in the zoo.

The product’s USP is that it’s sold in two compartments, so you can decide whether to mix and match. The original flavours were cherry/orange and /strawberry/grape. The UK had a three-compartment set of NERDs which contained strawberry cola.

Although popular in the 1980s Nerds had some fierce competition from the likes of Pop Rocks, Candy Buttons and Mike and Ike. There were also some spin-off products such as NERDs cereal, NERDs rope and sour NERDs.

Taster’s Verdict: one of the most famous American sweets, if not the most famous. Any children that grew up in the 80s and 90s will remember trying Nerds. Texture-wise, they’re crunchy but don’t have the hardness of a boiled sweet. They’re sweet and a bit tangy, and come in various flavours like wild cherry and watermelon and tropical punch and rash raspberry.

What is it?: a chocolate cup filled with peanut buttercream.

History: the cups were created by H.B. Reese who worked for H.B. Hershey (manufacturer of Hershey’s chocolate bar). Hershey inspired him to start making confectionery in his basement. Eventually, he started a business, and the restrictions of the war lead him to focus on ‘one penny cups’, a.k.a peanut butter cups.

When Reese died his sons sold the business to Hershey, who continued to make Reese’s a success – it’s now the best-selling confectionery brand in America, and it’s available throughout the world. There have been many variations, such as white chocolate cups and sticks.

In the 70s and 80s, Reese’s ran commercials where people would run into each other with chocolate and peanut butter. An inadvertent exchange would happen, and both would realise how delicious the combination was.

Taster’s Verdict: British residents will probably have sample Reese’s at some point, if you haven’t, you’re seriously missing out! The combination of sweet and salty makes Reese’s a delicious treat. The flavours are also rich, which gives it a luxury taste. Texture-wise, the chocolate is smooth, and the filling is creamy, but provides a slightly coarse texture as you’d expect from the peanuts.

What is it?: a golden sponge cake with a creamy filling.

History: Twinkies were invented in 1930 by baker James Alexander Dewar when he saw that a strawberry cream machine was unused for months when strawberries were out of season. Dewar created the snack and filled it with banana cream, which he labelled the ‘Twinkie’. When bananas were rationed in the war, the baker used vanilla cream instead, and it stuck.

In January 2012 The Hostess Brand that James Alexander worked for (although he had died by this point) went bankrupt, and Twinkies went out of production in the U.S. until March 2013.

Twinkies have become a part of American culture, appearing in TV, Film and music as well as court of law, theological expressions and urban legends. They even created a mascot called Twinkie the Kid.

Taster’s Verdict: Twinkies have grown in popularity in the UK, but they don’t hold the same status as their American counterparts. The sponge is soft, fluffy and sweet, and the creamy filling is smooth. The taste is really sweet so you probably won’t manage too many of them!

What is it?: Caramel and nougat covered in milk chocolate

History: An American created the Mars bar in the British town of Slough. Forrest Mars was the son of an American candy maker called Frank C. Mars; his bar was modelled on his father’s Milky Way which was already popular in the U.S.A.

The Mars bar became even more famous in the 90s when ingenious fish and chip shop owners began battering them. This made the contents of the Mars bar melt within the batter, and the lack of any hard food substances created a melted, sticky treat.

Taster’s Verdict: We’re sure you’ve tasted plenty of Mars bars in your time, but here’s our verdict. The texture of the Mars bar is chewy, but not so much that it pulls on your teeth like toffee, it’s soft and squidgy. The combination of caramel, nougat and chocolate is sweet and unique, which is why it’s stood the test of time. Price increases since World War II correlate with the value of the pound coin.

What is it?: Violet flavoured sugar tablets

History: The history of this product goes back to the 1600s when violet was added to lozenges for medicinal purposes. In the 1800s violet petals were combined with water and sugar to create confectionery called flower pastries.

Taster’s Verdict: Parma violets are smooth, concave discs that smell of sugary and lavender. They have a slight crunch, but are soft and melt in your mouth as you chew them. The taste is flowery and soft, it’s not too overwhelming.

What is it?: gelatin-based gum sweets that are shaped like bears.

History: Gummy bears originated in Germany in the 1920s, the original ingredient was gum arabic, which is where the name comes from.

Hans Riegel, Sr., a confectioner from Bonn started Haribo in 1920 and created the bears after being inspired by the trained bears at street markets and festivals throughout Europe. Initially, the bears were bigger, and were eventually shrank into Haribo’s Gold-Bears.

The bears even sold well in Weimar’s hyperinflation which caused considerable economic damage to the country.

Gummy bears come in a variety of flavours such as strawberry, pineapple, orange and lemon and raspberry. Gummy bears spawned the release of many other types of gummy sweets like Haribo’s Supermix and Starmix.

Taster’s Verdict: gummy bears are fairly chewy, it’s difficult to distinguish the different flavours if you put more than one in your mouth (which is challenging!). The flavour is often a fruit medley, unless you’re more patient than us or like to separate flavours.

What is it?: sugar syrups that are boiled, flavoured, cooled and formed into hard shapes.

History: Boiled sweets are made by boiling sugar syrups to 160 degrees. When the syrup reaches the target temperature, the candy is removed from the heat source, and flavourings are added. Afterwards, the syrup can be poured into moulds and trays, and it can be shaped and cut once it’s cool enough to do so.

The sweet making process is revered in the UK, and many factories offer tours and tasting sessions.

There are hundreds of varieties of hard candy, including the American version  ‘candy canes’ which you may have found in your Christmas stocking a few times. British hard sweets typically include Barley Sugar, Kola Kubes and Mint Imperials.

Taster’s Verdict: Boiled sweets come in different flavours and shapes, but one thing they all have in common is their hardness! You’d be advised not to munch into these sweets too quickly as they can damage teeth. However, some hard sweets have a soft centre that are easier to bite into.

Which Confectionery Should You Stock?

When it comes to picking European or American, we’d always choose European first. Mainly because the brands are better known and are already established in the UK. However, some American brands have a significant foothold in the European market such as M&M’s.

We think that stocking the best-selling confectionery is the best way to attract ‘mainstream’ consumers.

This would include more traditional brands like Maoam and Haribo, branded chocolate and gum and mints.